Something Big Was on the Horizon… 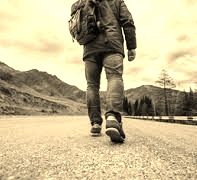 It was 1975.  Stevie Nicks had joined the rock group Fleetwood Mac, singing Landslide, while Glen Campbell debuted his number one hit Rhinestone Cowboy. Game show Wheel of Fortune premiered, and so did Saturday Night Live.  Bill Gates and Paul Allen founded Microsoft. Ali beat Frazier at the Thrilla in Manila. The Steelers won their first Super Bowl and Tom Watson won the British Open Golf Tournament on his first try.

Something else very big was on the horizon that year.  As a twenty-five year old I had been living in Vail, Colorado for the four years since I had left the Army. Basically I was a ski enthusiast, otherwise known as a ski bum.  I was also a pool hustler, carpenter and roofing business owner.  I had put my Medal of Honor in a shoe box in the closet after receiving it, where it stayed for almost twenty years, but that’s another story.

That spring, the spring of ‘75, I looked around and realized those with whom I partied and ran were stuck.  I mean, going no-where fast.  I wanted a different life for myself and I knew I would have to leave those friends behind to make a dramatic change.

I wanted to go to college. Since my high school days, “they” always told me I wasn’t college material.  College would be my new quest.  I was going to challenge myself and, at the same time, little did “they” know, I was going to prove “them” wrong.

For two months, on my own, I traveled Colorado in my ‘56 Chevy Impala, visiting college campuses and critiquing them along the way.  I talked to no one that represented the schools; I just wanted to get a feel for the universities. When I visited Colorado State University in Fort Collins I knew that would be where I would receive my degree.

When I got back to Vail I sold and rid myself of all my possessions, including my car. I just packed up and left everything behind, friends included. I hitchhiked to Fort Collins and found a cheap, seedy men’s hotel on the north end of town that catered to the transient, where one community bathroom served twenty rooms. I lived there for two weeks until I could find an apartment.

I needed a job fast, because all the money I had was being saved for college tuition and books.  After checking in to the hotel I walked across the street to the Northern Hotel, one of the most popular restaurants and clubs in town.  I asked the manager if he had an opening for a bouncer or waiter.  His response was NO, but a dish washing job was available.  I said, “I’ll take it!”  No job was beneath the recipient of our nation’s highest award because I was on a mission. Two weeks later a position opened as a bouncer, and I had also acquired a carpentry job.  Good-bye, dishwasher. 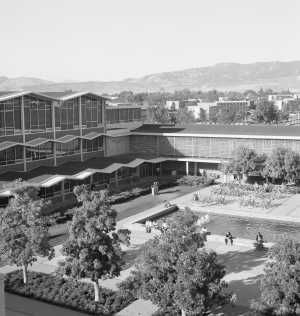 My intention was to enroll in the fall semester.  It was now July and time to visit the Admissions Office at Colorado State, introduce myself, register, and sign up for classes.  When I introduced myself to the admissions director I told him how I had traveled to many of the colleges in the state and had chosen CSU as my top college. He was excited for me because I was so enthusiastic. Then he said he would like a copy of my transcripts.  Transcripts?  What’s a transcript? He explained it was my high school report card. Well, why didn’t he just say that?

I sent in a request for the transcripts, which my high school mailed to CSU.  They called me in for a meeting after receiving the records.  I was excited because I was sure they were about to enroll me. Instead they told me I wasn’t college material. Don’t hold me to this, but I believe my GPA in high school was a 1.92, or maybe lower, but probably not higher.  I stood my ground, explaining that out of all the colleges available to me I had chosen CSU, was mature, had worldly experience, and was a veteran and a previous business owner.  Certainly they could make an exception based on that alone. NO!

Not being deterred and after thinking about it for a couple of weeks I decided to take a different approach.  I told the admissions officer I was making my way over to see A.R. Chamberlin, who was the president of the university.  I asked to see the president to introduce myself and defend my case.  During our brief chat I was insistent, explaining that out of all the colleges available to me in Colorado I had chosen CSU, and I reiterated my previous relevant experience.  Certainly they could make an exception. NO! I was not college material.

My military experience taught me how to prevail, so my next step was to write a letter to the executive director of the Colorado Department of Higher Education.  Burning up weeks waiting for their response, I called them. They said they couldn’t help me.  Another NO.  Another not college material.

The fall semester had already begun, but I refused to be discouraged. Next, I decided to write to then Colorado Governor John Vanderhoof to introduce myself and my quest. I explained my background and asked him if he could use his influence to have CSU make an exception. I waited and waited.  NO response.

It was now well into the fall. I headed back to admissions, requesting to attend CSU in January, explaining that I was ready for college and that they should make an exception. Again NO was the answer.  So I became a fixture at the admissions office.  I called or visited the office every week or so for the next seven months.  Finally, during a visit in May 1976, almost one year later, they threw up their hands as I walked through the door.  “Fine,” they said.  “We’ll let you attend this fall on two conditions.  First, you must take two classes this summer; second, you must pass them with a ‛C.’”

June 6, 1976, the day I quit smoking, was my first day of class at Colorado State University.  I arrived at the class early; no one was there.  I went to the front of the classroom, slid into a desk, rested my hands on top, smiled and said out loud, “I’m IN.” 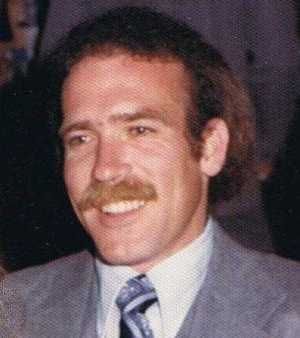 Ironically, three decades after I graduated from Colorado State University the school invited me back to bestow the award Professor-in-Residence at the Monfort School of Excellence.  When honoring me, a Colorado State University spokesperson said, “Mr.  Lemon today is a dynamic public speaker who moves audiences with his messages about patriotism, self-reliance, persistence, sacrifice, selflessness and courage.”

Not college material?  I think not.  Now, I don’t want to tell “them” that I told them so, but I did: by example.  Persistence is the Key.

Join me as I start from the beginning…